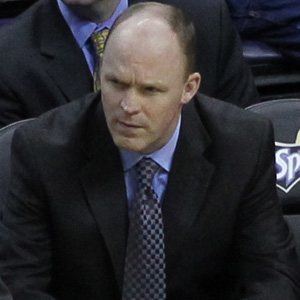 Former NBA point guard who played for the Orlando Magic from 1989 to 1994 and also had brief stints with such teams as the Milwaukee Bucks and Indiana Pacers. After retirement, he became a successful NBA coach, leading the Phoenix Suns from 1999 to 2002, the Chicago Bulls from 2003 to 2007 and the Milwaukee Bucks from 2008 to 2013.

He was an assistant coach under Danny Ainge when he resigned early in the 1999-2000 season.

He grew up around La Porte, Indiana.

He helped develop the game of former University of Connecticut standout Ben Gordon while coaching the Bulls.

Scott Skiles Is A Member Of