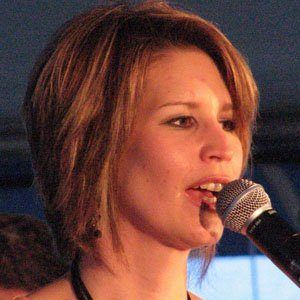 Country musician who had success in the mid-1990s with her two hit songs "Give Me a Ring Sometime" and "Take That."

She joined a touring band in Vancouver at age fifteen.

Her song "How Do I Let Go" got nominated for an award by the Canadian Country Music Association.

She married country singer Paul Jefferson in May 2008.

Although Brokop was nominated for a 1995 Academy of Country Music award in the top new female vocalist category, Chely Wright won the award.

Lisa Brokop Is A Member Of