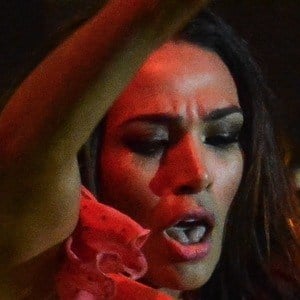 Cuban model who is best known for competing in the 2015 Nuestra Belleza Latina beauty pageant. She finished in eighth place in the competition.

She was the 2nd runner-up in the Miss Atlantic International beauty pageant in 2010.

She won the Chilean reality series Doble Tentación in 2017. She has amassed over 1.6 million followers on Instagram.

She was defeated by Dominican model Francisca Lachapel in the 2015 Nuestra Belleza Latina beauty pageant.

Lisandra Silva Is A Member Of