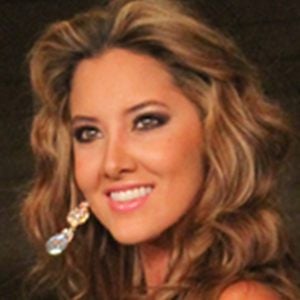 Beauty pageant contestant who is best known for having been crowned Miss Colombia in 2011. She went on to represent her home country in the 2012 Miss Universe beauty pageant.

She studied journalism at the Universidad del Norte.

She has appeared on the talk show program Dia a Dia Caracol.

She was in a relationship with Lenard Vanderaa.

She was photographed with rapper Gabriel Pizarro in 2016.

Daniella Álvarez Is A Member Of