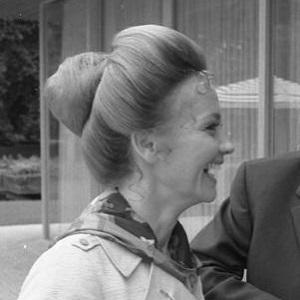 Swiss actress who was one of the stars of German cinema in the 1950s and 1960s, and starred in Breakfast in Bed, A Global Affair, and The Nun.

She graduated from commercial school in 1948 and went on to work as a model while taking acting classes at Bern conservatory.

She received a Bavarian Film Honors Award in 1999.

She married German actor, Helmut Schmid, in September 1961 and they had two children, Marc in 1962 and Melisande in 1967.

She played the popular role of a sexy secretary in Billy Wilder's film One, Two, Three.

Liselotte Pulver Is A Member Of