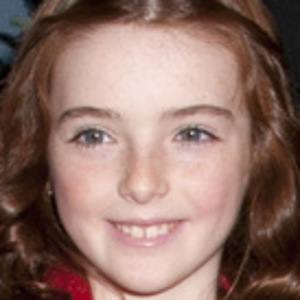 Actress and Hollywood royalty known for her appearances in the films The Rebound and Trust the Man. She is also the daughter of film actress Julianne Moore.

She made her acting debut in 2005 alongside her mother and brother in her father's film Trust the Man.

In 2014, she posed alongside her mother in an issue of Vogue photographed by Annie Leibovitz.

Her father, Bart Freundlich, is a film and television director. Her brother, Caleb, is also an actor.

In 2009, she appeared opposite Justin Bartha and Catherine Zeta-Jones in The Rebound.

Liv Freundlich Is A Member Of