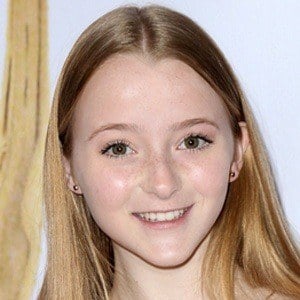 Young Artist Award and Cinema New York Film Festival award winner for her role as Bloom in the 2016 movie Breaking Legs. She has had leading roles in short films called Visions, Tuesday, The Curse of the Unkissable Kid.

She was a competitive cheerleader with American Elite Cheer and Dance from 2008 to 2011. Her first Los Angeles audition resulted in a lead role in an indie sci-fi film called THEM.

She is also a dancer who trained in workshops and in private lessons in Phoenix, Arizona.

Her mother is Swedish while her father is American.

She starred in Breaking Legs alongside comedian and actor Chris Kattan.

Liv Southard Is A Member Of