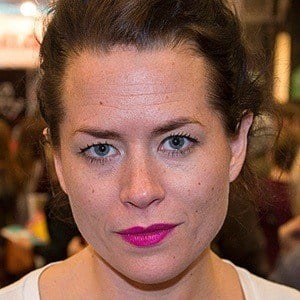 Comic book illustrator whose work, such as Kunskapens Frukt (2014), tends to focus on feminism and left wing politics in general. She is also one of the creators of the satirical radio programs Tankesmedjan and Pang Prego.

She grew up in Österlen in southern Sweden. She began drawing comics at age 23.

She designed the cover for The Knife's album Shaking the Habitual (2013) and created a comic strip for the band's website.

She has dated comedian Ola Söderholm. She has two sons from a previous relationship.

She has worked with Karin Dreijer Andersson and Olof Dreijer from the band The Knife.

Liv Stromquist Is A Member Of