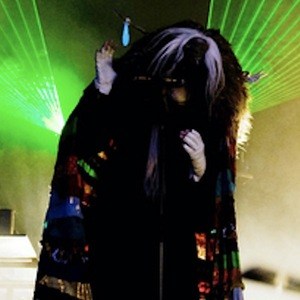 Swedish singer who has earned worldwide acclaim as one half of the Grammis-winning electronic pop duo The Knife. She released her first solo album as Fever Ray in 2009.

She got her start in music as the singer and guitarist for the alt-rock band Honey Is Cool.

She has become known for her attention-grabbing fashion choices, often wearing elaborate masks and facepaint.

Her brother Olof Dreijer is the other half of The Knife. She married Kent Peter Kristian Andersson, with whom she has children.

She wrote the music for a stage adaptation of Ingmar Bergman's Hour of the Wolf.

Karin Dreijer Andersson Is A Member Of