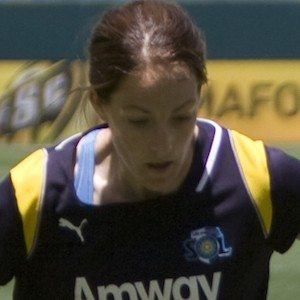 Former professional soccer player who spent the last few seasons of her career with Seattle Reign and FC Kansas City of the National Women's Soccer League. She also played in Australia and Finland.

She played college soccer at Arizona State University, where she left as the school's second-leading goal and point scorer.

She was the Pac-10 freshman of the year in 2002. She won four league titles in her career, one in Australia, one in Finland, and two in the US.

She grew up in Provo, Utah.

She was teammates with Becky Sauerbrunn on FC Kansas City.

Liz Bogus Is A Member Of