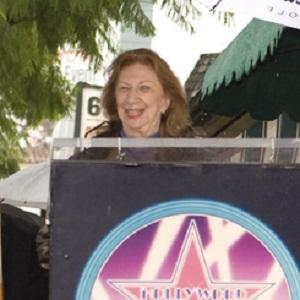 Most famous for her role as Helen Seinfeld on the popular NBC sitcom Seinfeld, Sheridan is also known for her portrayal of Raquel Ochmonek on the 1980s hit comedy series ALF.

She began her entertainment career as a dancer; her first major acting role was in the 1976 Broadway production of Best Friend.

In 2009, she co-starred with Marla Sokoloff and Andy Griffith in the romantic comedy film Play the Game.

She spent her childhood in New York City as the daughter of classical vocalist Elizabeth Poole-Jones and pianist Frank Sheridan. Her marriage to William Wales lasted from 1985 until Wales' death in 2003 and resulted in one daughter.

She claimed to have been romantically involved with James Dean before the legendary actor began his rise to superstardom in her memoir Dizzy & Jimmy: My Life with James Dean: A Love Story.

Liz Sheridan Is A Member Of