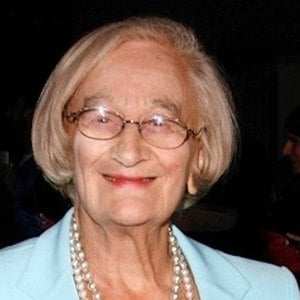 Famous for her roles in such popular British comedy series as 2point4Children, Lark Rise to Candleford, and The Royle Family, she is also known for her dramatic performance in the 1971 Mike Leigh film Bleak Moments.

Before beginning her acting career, she enlisted in the Women's Royal Naval Service during the World War II years.

She kept acting well into her eighties, playing a small role in the 2005 movie version of Charlie and the Chocolate Factory and receiving a 2007 British Comedy Award for her role in The Royle Family.

A native of Lincolnshire, England, she lost her mother at the age of two and was raised primarily by her grandmother. Before ending in divorce in the late 1950s, Smith's marriage to Jack Thomas produced two children.

She and Dawn French were both series regulars on the BBC sitcom The Vicar of Dibley.

Liz Smith Is A Member Of