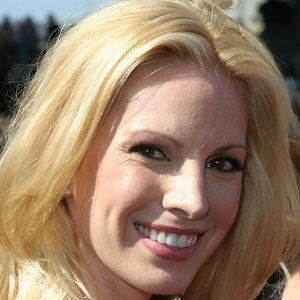 Between 1999 and 2008, she portrayed Gwen Hotchkiss is nearly one thousand episodes of the NBC soap opera Passions.

Before beginning her acting career, she was a cheerleader at New York's Garden City High School and a student at the University of North Carolina at Chapel Hill.

She played the leading role in Four Dogs and a Bone at New York City's Harold Clurman Theater.

She and her brother, Andreas, were born in Long Island, New York, to business executive Helmut Huber and All My Children actress Susan Lucci. With her husband, Alexander George Hesterberg III, Huber welcomed children named Royce, Brendan, Hayden, and Mason.

From 2000 to 2002, Huber temporarily left the cast of Passions; during this period, actress Natalie Zea took over the role of Gwen Hotchkiss.

Liza Huber Is A Member Of