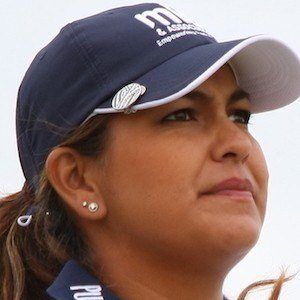 Golfer who is known for her career on the Ladies Professional Golf Association. In 2014, she earned her first LPGA championship at that year's Kingsmill Championship.

In 2011, she earned a degree in sociology from the University of Southern California. She was a student-athlete during her time there, and played golf for the school's team on a full athletic scholarship.

She made her debut as a professional at the US Women's Open in 2011. In the 2013 Women's British Open, she finished in 6th place overall.

She was born and raised in Azusa, California. She became the first member of her family to graduate with a college degree.

She has frequently competed against Lexi Thompson in the LPGA.

Lizette Salas Is A Member Of