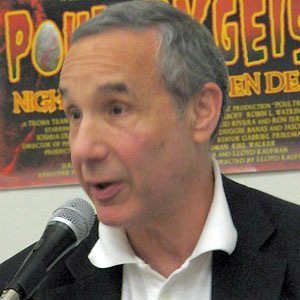 Co-founder of Troma Entertainment and director of cult classic exploitation films like The Toxic Avenger and Tromeo and Juliet.

He majored in Chinese Studies at Yale University, where he was classmates with future U.S. President George W. Bush.

He appeared on episodes of the popular YouTube show The Angry Video Game Nerd in which he reviewed the video game Toxic Crusaders.

His father Stanley was a lawyer.

He wrote and produced the thriller Sugar Cookies with a young Oliver Stone.

Lloyd Kaufman Is A Member Of