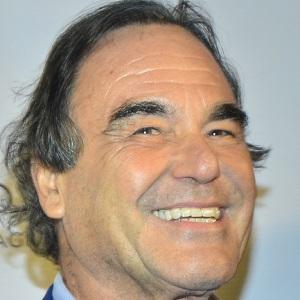 Director whose Vietnam films Platoon and Born on the Fourth of July earned him Academy Awards for Best Director. He also directed the 1987 drama Wall Street, the 1994 crime film Natural Born Killers and the political films JFK and Nixon.

As a teenager, he worked in the French Financial Exchange. He then went to serve in Vietnam from June 1965 to 1968.

He married Najwa Sarkis on May 22, 1971. A decade later, he wed Elizabeth Stone. His third marriage, to Sun-jung Jung, began in 1996. He has two sons named Sean and Michael and a daughter named Tara.

In 1991, he directed the biopic The Doors, about the classic rock and roll band, with Val Kilmer playing the band's lead singer Jim Morrison.

Oliver Stone Is A Member Of