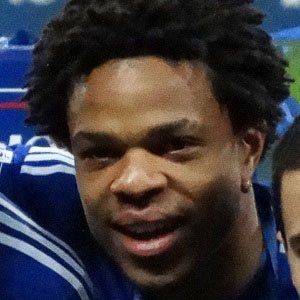 French striker who joined the Queen Park Rangers in 2013 after spending three years with Marseille; became a member of the French national team in 2009. In 2014 he was traded to Chelsea and was loaned to Crystal Palace in 2016.

He began his youth career with Lyon at age 12.

He began dating his girlfriend, Fanny, in 2013.

He became teammates with defender Bacary Sagna on France's national team in 2009.

Loic Remy Is A Member Of