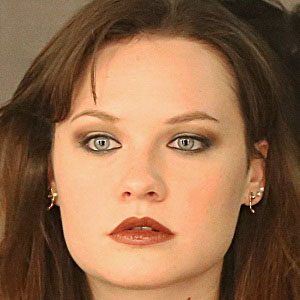 Pop and soul singer who released her debut album, Wasted in Jackson, in 2010. Also a Broadway actress, she played the role of Ilse in Spring Awakening.

Born Lauren Pritchard, she began her career as a songwriter in her early teens.

Her singles include "Weapon for Saturday," "Not the Drinking," and "When the Night Kills the Day."

She spent the first decade and a half of her life in Jackson, Tennessee. She later lived in Los Angeles, New York, and the United Kingdom.

When Lolo moved to Los Angeles in her mid teens, she was the roommate of Lisa Marie Presley.

Lolo Is A Member Of