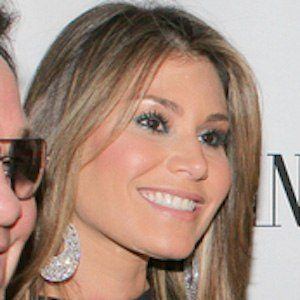 Entrepreneur who is known as being one of the co-founders of the internet marketing company Market America. She co-founded it alongside her husband JR Ridinger in Greensboro, North Carolina in 1992.

She moved to North Carolina, where she founded SHOP.com and Market America, during her freshman year of high school. She began her fashion career in retail, working as a clerk beginning at age 16.

Vogue Magazine included her in their Top 100 Most Influential Women issue. In 2009, she received the Woman of Substance and Style Award from Fashion Group International for her contributions to the beauty and fashion industries.

She was born in New York, and raised in North Carolina following her 8th grade year.

She has co-chaired the charity foundation Rally for Kids with Cancer with Eva Longoria.

Loren Ridinger Is A Member Of