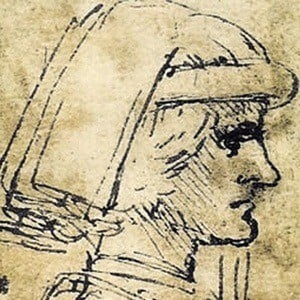 Ruler of the Florentine Republic during the Italian Renaissance who was a renowned patron of the arts. His death occurred during the end of the Golden Age of Florence.

Ascending to power after the death of his father, he became the sole unchallenged ruler of Florence during its most prosperous years.

He did still have enemies, and they conspired to assassinate him and his brother; they got to his brother but then the crowd caught the assassins and tore them limb from limb.

He was born into the powerful Medici family, and was considered the most brilliant among them.

Among the greatest artists under his patronage was Leonardo da Vinci himself.

Lorenzo de' Medici Is A Member Of