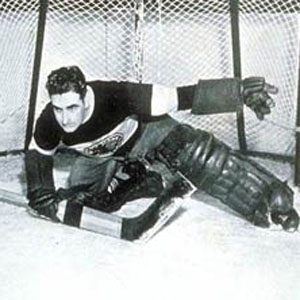 NHL goaltender who played nine years in the league, winning the Stanley Cup with the New York Rangers in 1928 and with the Toronto Maple Leafs in 1932. He received the Vezina Trophy for the league's top goaltender in 1935.

He was occasionally listed as Chabotsky by the Rangers, in an attempt to attract more Jewish hockey fans.

He was the first hockey player on the cover of Time magazine; Bernie Parent would also be featured on Time's cover some years later.

Lorne Chabot Is A Member Of