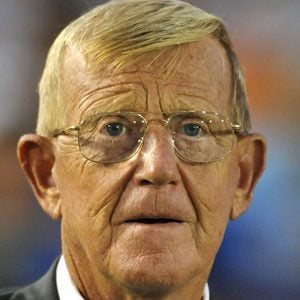 Retired football player and coach who became a college football analyst on ESPN.

He started coaching at Iowa where he also received his Master's degree.

He guided four separate programs to the final top twenty rankings, and six others to bowl games.

In 2008, he was inducted into the College Football Hall of Fame, along with Billy Cannon.

Lou Holtz Is A Member Of