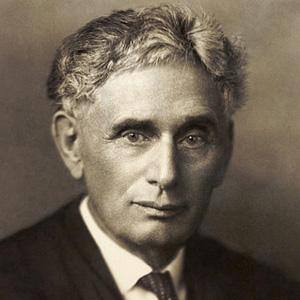 The first Jewish justice on the United States Supreme Court. He was nominated to the position by President Woodrow Wilson and served from 1916-1939.

After graduating from Harvard Law School in 1876, he established a socially progressive law practice in Boston, Massachusetts.

His parents were Adolph Brandeis and Frederika Dembitz. He married Alice Goldmark in 1891.

He was preceded in office by Supreme Court Justice Joseph Rucker Lamar.

Louis Brandeis Is A Member Of