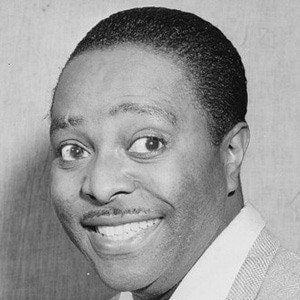 "The King of the Juxebox," a swing saxophonist and bandleader who was considered one of the Greatest Artists of All Time by Rolling Stone Magazine.

He learned clarinet from his father and played both clarinet and piano semi-professionally until he took up alto saxophone.

He is considered one of the most successful African-American musicians of the twentieth century.

Jordan was supposedly married to five women over the course of his life.

He performed duets with Ella Fitzgerald when they were both coming up in popularity.

Louis Jordan Is A Member Of