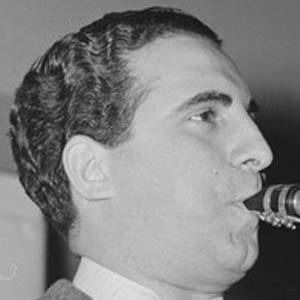 Famous bandleader and saxophonist who recorded with Paula Kelly and Bunny Berigan, among others.

He began performing with ensembles for Broadway shows in the 1950s and went on to start his own ensemble.

He led a band while he was serving in the Coast Guard during World War II.

He married Gracie Barrie, a vocalist with whom he collaborated.

Stabile worked a variety of artists, including Jerry Lewis.

Dick Stabile Is A Member Of