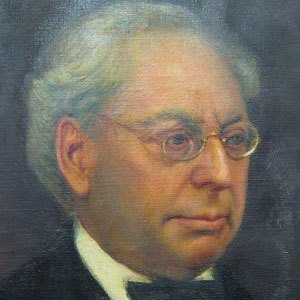 Notable as a founding member of the American Jewish Committee and a director of the National Association for the Advancement of Colored People, this civil rights attorney and activist is also remembered for representing convicted murderer Leo Frank in a United States Supreme Court appeal.

After apprenticing with attorney Nathaniel B. Smith, he studied briefly at Columbia University and began working for a Syracuse-based law firm.

A conservationist as well as an attorney and human rights advocate, Marshall helped establish the New York State College of Forestry.

The child of German-Jewish immigrants, he grew up in Syracuse, New York. His marriage to Florence Lowenstein resulted in children named James, Ruth, Bob, and George.

His son, Bob Marshall, had a prominent career as a conservationist and author.

Louis Marshall Is A Member Of