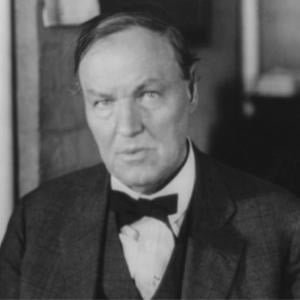 The lawyer who defended John T Scopes for teaching human evolution. He also defended thrill killers Leopold and Loeb during their trial for the murder of 14-year-old Robert Franks.

He began his legal career reading law in Youngstown, Ohio where Judge Alfred W. Mackey gave him a start in the profession.

He was called a sophisticated country lawyer, but his sharp wit was second to none.

His parents were Amirus Darrow and Emily Darrow, farmers and civil rights advocates.

He was a famous American lawyer much like Robert Kardashian.

Clarence Darrow Is A Member Of