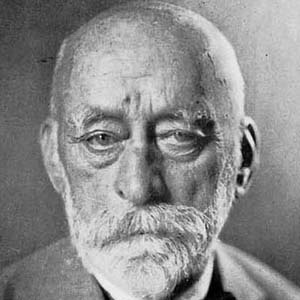 Known as "The Father of Modern Architecture"; he inspired many Dutch architects of the 1920s, such as The Traditionalists. His projects included the Amsterdam Commodities Exchange and the Gemeentemuseum Den Haag.

He studied architecture at the Zurich Institute of Technology with the famed Gottfried Semper. He and fellow architect Theodore Sanders opened a firm in the Netherlands during the 1880s that specialized in projects both practical and idealistic.

He was inspired by Neo-Romanesque brickwork and liked to incorporate exposed brick walls.

He fathered two children. He passed away in 1934 at The Hague, but his contributions would be honored in 1970 when the IAU used his name for the lunar crater, Berlage.

Hendrik Petrus Berlage Is A Member Of