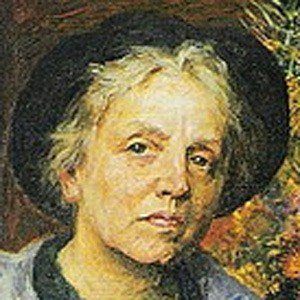 Remembered for such late nineteenth-century works as At Home (alternate title: Intimacy) and Portrait of Henry Davison, this Swiss portrait artist trained at Paris' renowned Académie Julian and displayed her work at the famed Paris Salon.

Though born in Munich, Germany, she was raised primarily in Zurich, Switzerland, where her father taught medicine and served as the University of Zurich's head obstetrician and gynecologist. She began drawing during her childhood, long periods of which were spent bedridden due to severe asthma.

She lived for over four decades with her artistic muse and Académie Julian classmate, Madeleine Zillhardt.

She was a contemporary of the famous French Impressionist Edgar Degas.

Louise Catherine Breslau Is A Member Of