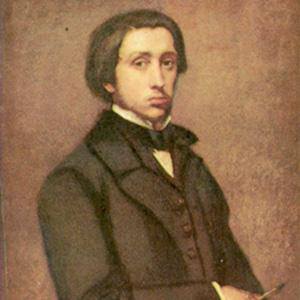 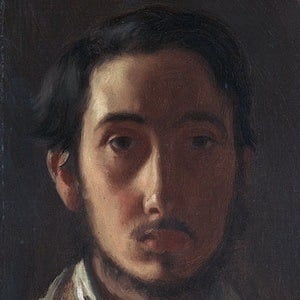 French Impressionist painter whose famous ballet-themed works included "Dance Class" and "Fin d'Arabesque." Considered to be one of the founders of Impressionism, a term he refused to accept.

He briefly studied law at the University of Paris, but dropped out to study art. His original ambition was to be a history painter, but he soon discovered a passion for painting modern life in a classical style.

He may have been considered an Impressionist painter, but his works, including "L'Absinthe" and "A Cotton Office in New Orleans," were also deeply influenced by Realism.

He was born into a wealthy family and was one of five children born to Celestine Musson and Augustin Degas, who worked as a banker.

He greatly influenced the work of Mary Cassatt.

Edgar Degas Is A Member Of