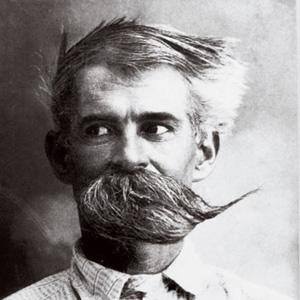 Southern artist whose experimental approach to manipulating clay earned him the nickname, the "Mad Potter of Biloxi." Considered by some to be the father of the American Abstract-Expressionism movement.

He was a ceramics apprentice to Joseph Fortune Meyer in 1879. He was a featured vendor at the World's Industrial and Cotton Centennial Exposition in New Orleans in 1884.

He was hated by the Arts and Crafts Movement of the early 1900s; he was primarily reviled for a lack of perfection in his art and minimal self-discipline in his persona. His work later became revered for pioneering the abstract sculpture and pottery movement of the mid-20th century.

His parents were German immigrants who settled in Biloxi. He married Josephine Gehring in 1886 with whom he fathered 10 children; only five managed to reach adulthood.

He incorporated many of the showman techniques of P.T. Barnum into his self-promotion; "unequaled, undisputed, unrivaled" were three ways in which he described himself.

George E. Ohr Is A Member Of