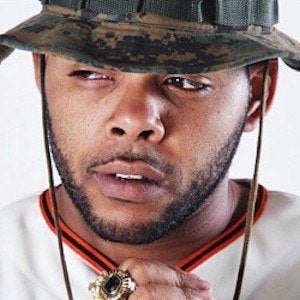 Also known as Rance or Rancey, he is a rapper and music producer best known for his 2012 single "Up!" He released his first studio album Freak Show Rancey in March 2015.

He was deejaying and performing throughout Northern California's bay area. He became very active on his Tumblr page, which he continues to use as his main website.

"Up!" hit number 46 on the Billboard Hot 100 charts and hit number 2 on Billboard's Rap charts.

He grew up the middle child of three in the Bay Area. He is thankful to have his family and close friends as a support system.

His single "Up!" featured rapper 50 Cent.

LoveRance Is A Member Of