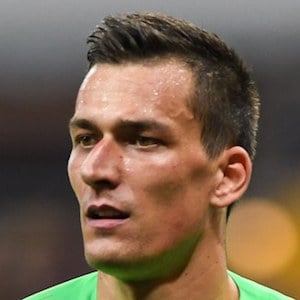 Goalkeeper who was a member of the Croatian squad that made the FIFA World Cup Final in 2018. He previously played for the Croatian club Hajduk Split from 2009 to 2017.

He made his youth debut with NK Solin when he was 8 years old.

He married a woman named Jelena in 2015.

He has played alongside Luka Modric on the Croatian national team.

Lovre Kalinic Is A Member Of