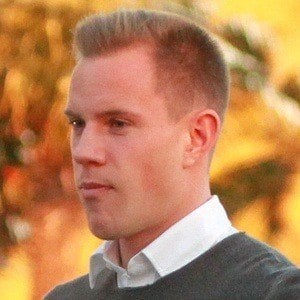 German goalkeeper who joined Borussia Monchengladbach in 2011 and the German national team in 2012. He signed with Barcelona in 2014.

He established himself as a top reserve player for Borussia Monchengladbach in the first half of 2010-11, leading to increased calls for his services.

In 2013, after Barcelona keeper Victor Valdes announced his intention to leave the club, it was rumored the team was interested in Ter-Stegen.

He was born in Monchengladbach, Germany. His parents are Erich and Renate. He and his wife Dani Ter Stegen have a son.

He and Claudio Bravo have been teammates on Barcelona.

Marc-Andre ter Stegen Is A Member Of