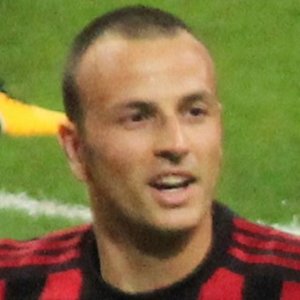 Defender who is famous for his career playing in Italy's famed Serie A, including at left back for AC Milan. He played for the club between 2006-2008 before making his return in February 2015 as their primary left back.

He began his youth career in 2003 playing in Monza's youth academy. He later moved to AC Milan in 2004 before making his senior debut for the club in December 2006.

He and Davide Calabria have played as teammates for AC Milan's defense.

Luca Antonelli Is A Member Of