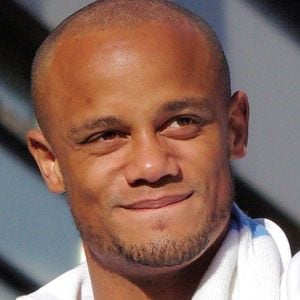 Center back who became captain for both Manchester City and the Belgium national team in 2011. He was named the Premier League Player of the Season in 2012.

He won the Belgian Golden Shoe and Ebony Shoe while playing at Anderlecht.

He led Manchester City to a Premiere League title run in 2011-12, the club's first title in 44 years.

His father Pierre became his agent. He has an older sister as well as a brother, François, who is a fellow soccer player. He and his wife, Carla Higgs, have two sons and a daughter.

He was headbutted by Queens Park Rangers midfielder Joey Barton during a 2012 match.

Vincent Kompany Is A Member Of