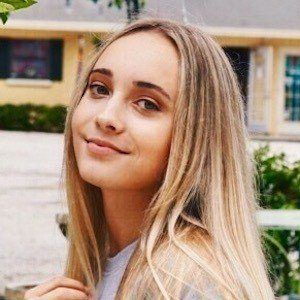 YouTuber best known for her self-titled channel, which features fashion and lifestyle content. She has earned 420,000 subscribers for her many haul, routine, and comedy-related videos.

She grew up doing gymnastics, practicing upwards of 16 hours a week.

In addition to her main channel, she has a secondary channel called Luca's Life, where she vlogs about her everyday life and travels.

She's originally from Colorado, but moved to Florida when she was 14. She has a dog named Grayson and a cat named Sasha. Her father appeared in her video titled "Dad Does My Makeup Voiceover!"

In July 2016, she vlogged about meeting Aspyn Ovard.

Luca Whitaker Is A Member Of