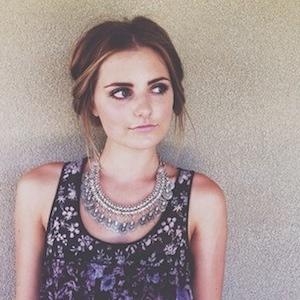 Video content creator who is a beauty and fashion guru known for her self-titled YouTube channel, which has earned over 3.4 million subscribers. She also runs a secondary channel called Aspyn + Parker with her husband Parker Ferris.

She was a cheerleader and enjoys traveling. She has documented her travels to New York City, Chicago, and Los Angeles on YouTube.

She creates beauty tutorials, Do-It-Yourself videos, and "Outfit of the Week" videos, among others, on her self-titled YouTube channel.

In October 2015, she married fellow YouTuber Parker Ferris. They had a daughter named Cove in August 2019. Her younger sister Avrey Elle also became a web video star and she has two brothers named Tav and Trey. Her mother Sascha was a hairdresser for over 20 years.

She frequently talks about the Shaytards channel, created by Shay Carl. She collaborated with beauty gurus Lauren Elizabeth and BeyondBeautyStar on the video "BEAUTY GURUS TELL SECRETS IN BED! | Aspyn Ovard" in March of 2014.

Aspyn Ovard Is A Member Of