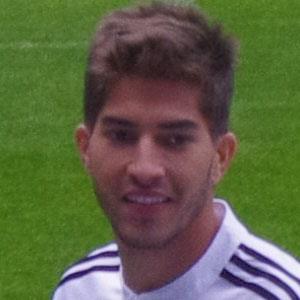 Central midfielder who joined Real Madrid in 2015 after making 58 appearances with the Cruzeiro club.

He began his youth career as a member of AE Ovel from 2005 to 2007 and would become more of a mainstay with the Cruzeiro youth system, remaining with them from 2007 to 2012.

He was loaned to Nacional de Nova Serrana in 2012.

He was born in Bom Jesus de Goiás, Brazil.

He and Toni Kroos were midfielders for Real Madrid during their 2015 campaign.

Lucas Silva Borges Is A Member Of