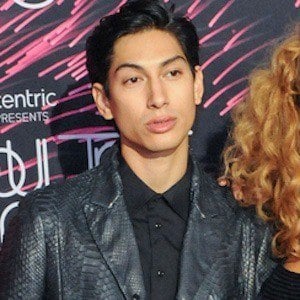 Soul musician known for comprising one half of the musical duo Lion Babe. The duo released their first single, "Treat Me Like Fire," in 2012.

He studied at Northeastern University in Boston, Massachusetts, where he began producing and mixing his own songs. He met bandmate Jillian Hervey at a dorm party, where he had been playing his music.

As a member of Lion Babe, he released the group's first self-titled album in 2014. The duo signed to Interscope Records, who released the album.

He was born and raised on the east coast of the United States.

The duo worked with pop singer and producer Pharrell while working on their self-titled album.

Lucas Goodman Is A Member Of