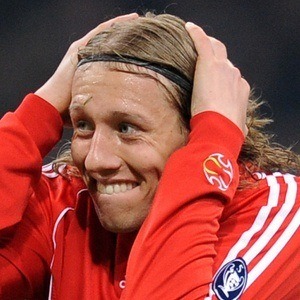 Brazilian defender commonly known as simply Lucas, joined both Liverpool and the Brazilian national team in 2007.

He started his youth career with Gremio at the age of 17.

He welcomed his first child into the world, a son named Pedro, in March, 2011.

He won a bronze medal with teammate Ronaldinho at the 2008 Olympics.

Lucas Leiva Is A Member Of