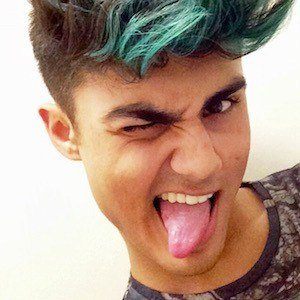 YouTube star-turned-singer who previously made entertaining videos with friends. Shortly after gathering a following on YouTube, he quit making videos to focus on his music.

He was still attending high school when he first started making videos on YouTube. He then began studying communications in university while also working on his debut EP.

He was previously a member of a group called The Bomb Digz.

He grew up with his family of 6. He has a younger brother and two younger sisters.

He was part of YouTube collaboration group called OneBigFamily, which also included Joey Kidney and featured videos from Jake Paul and Sebastian Olzanski.

Lucas Perry Is A Member Of