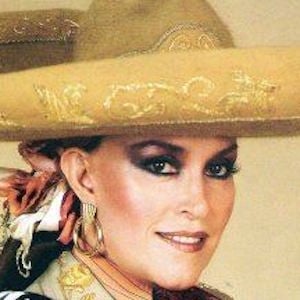 Ranchero style singer and film actress who was one of Mexico's most enduring performers.

Gaining prominence through talent contests in her youth, she had her first big hit in 1961 with a rendition of "Media Vuelta."

Born Luz Elena Ruíz Bejarano, she was given the stage name Lucha Villa in honor of the notorious Mexican outlaw Pancho Villa.

The kind of influence Villa had on Ranchero music was parallel to the influence Lalo Gurerrero had on the Chicano style.

Lucha Villa Is A Member Of