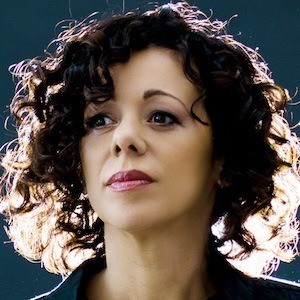 Composer and jazz singer from Brazil known for her work with groups like the San Francisco Performances. She is a multiple-time Grammy nominee for Best Jazz Vocal.

She began recording commercial jingles at the age of just three.

Her composition "Muita Bobeira" was featured in Microsoft Windows Vista.

She married producer Larry Klein in 2006.

She featured on Herbie Hancock's River: The Joni Letters, which took home the Grammy for Album of the Year in 2008.

Luciana Souza Is A Member Of