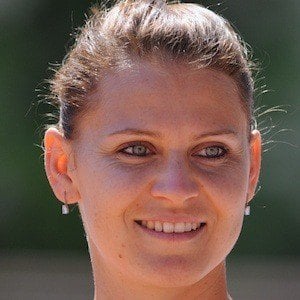 Czech tennis player who broke into the Top 5 of the WTA rankings as both a singles and doubles player in September 2015.

She won the 2015 Australian and French Open in doubles play and was the runner up in the singles French Open that same year, losing to Serena Williams.

She grew up in Brno, Czech Republic (then-Czechoslovakia) and speaks German, Czech, and English.

She once dated tennis star Tomas Berdych, but the couple broke up in 2011.

Lucie Safarova Is A Member Of