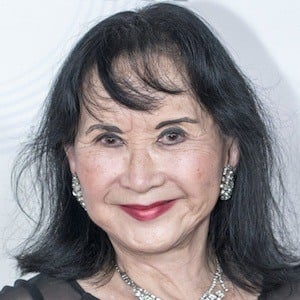 Actress who is perhaps most famous to Western audiences for her role as Grandma Huang on the ABC sitcom Fresh Off the Boat. She has also had recurring roles on shows like Desperate Housewives and appeared in classic films like The Joy Luck Club (1993) during her lengthy career.

She moved to Hong Kong in her early 20s, where she was discovered by director Lewis Gilbert, who put her in his film Ferry to Hong Kong (1959).

She had a modeling career, becoming the first Chinese fashion model to appear in the English Models Directory.

Her birth name is Jìngxiù Sòng.

She plays the mother of Randall Park's character on Fresh Off the Boat.

Lucille Soong Is A Member Of