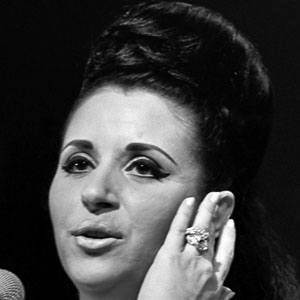 She learned guitar, mandolin, and bass and was part of the music group Les Hirondelles.

There is a street in Coquitlam, British Columbia named Lucille Starr Way in honor of her and her success.

She and her husband released covers of songs from multiple artists, including Perry Como.

Lucille Starr Is A Member Of