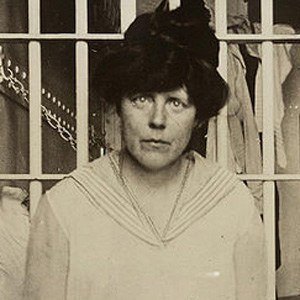 Suffragist and advocate for women's rights who was the editor of the Congressional Union’s newspaper The Suffragist during the early 20th century.

She became one of the first women to attend Yale University Graduate School.

In 1914 she became the first woman to speak in front of Congressional delegates for an amendment for women's rights.

She had an orphaned niece.

Lucy Burns Is A Member Of