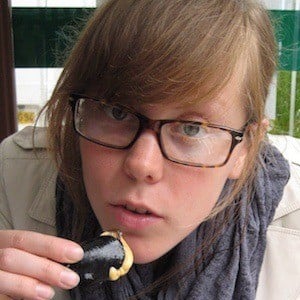 Illustrator and author who has made a name for herself with her autobiographical, often food-based work, such as the graphic novel French Milk (2008). She has contributed to comics and anthologies from the likes of Marvel and Valiant, including Harbinger and I Am an Avenger.

She grew up in New York and attended The School of the Art Institute of Chicago as well as The Center for Cartoon Studies.

Her comic Heart Seed Snow Circuit earned her the 2007 Diamond in the Rough scholarship.

She and legendary comic book artist Gilbert Hernandez both contributed to Harbinger #25.

Lucy Knisley Is A Member Of