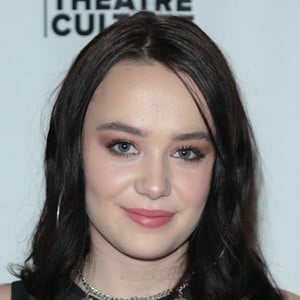 Best recognized for her portrayal of Quinn in the MTV revival of the classic 80s film Teen Wolf. She also played Amy in the holiday telemovie Annie Claus is Coming to Town.

She debuted in Teen Wolf in 2011 and followed that same year with Annie Claus is Coming to Town.

In 2013, she had a recurring role in the comedy series Good Cop Bike Cop.

She is a native of Burbank, California.

Lucy Loken Is A Member Of